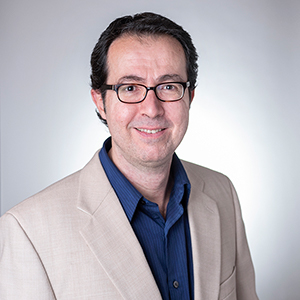 I have the expertise, leadership, training, and motivation necessary to successfully carry out (as principal investigator / project director) several research projects. I have a broad background in medicine, public health and epidemiology, with specific training and expertise in several key research areas. My clinical background training is in metabolic diseases (in Romania and France). My US-based training is in environmental and genetic toxicology (Yale University) as well as, during my doctoral and post-doctoral training at the University of North Carolina at Chapel Hill, in cardiovascular disease and nutritional epidemiology. Within the Atherosclerosis Risk in Communities (ARIC) Study, I have published methodological and analytical studies that included methyl-donor nutrients (such as betaine) and their association with coronary artery disease. I am the principal investigator of the Jackson Heart Ancillary Study that provided measurements for adiponectin in all the JHS participants (“Developing predictive biomarkers for left ventricular hypertrophy in obese African Americans”), and the principal investigator on another JHS ancillary study that provided measurements for ghrelin and high molecular weight adiponectin (“The visceral adiposity tissue role in the association of ghrelin and adiponectin multimers with CVD in African Americans; A JHS Vanguard Pilot Project”). A third JHS ancillary study (planned as an R01 grant proposal) on adiposity biomarkers and bone mineral density was recently accepted by the JHS Steering Committee. As first author and/or as senior/corresponding author I have contributed to several of the JHS cohort’s published manuscripts (including the first JHS events paper), as well as to publications (as first author) for 5 other large cohorts studies. Five of the papers with PhD/MPH/Trainee students are currently published, in press or in advanced review.

I currently serve as the co-investigator on a series of Cross-Cohort Collaboration (CCC), ADIPOGen, and NHLBI / ESP consortium projects assessing the association of insulin resistance and clinical endpoints (diabetes and obesity) with a series of single nucleotide polymorphisms within adiponectin and adiponectin receptors genes. Several seminal papers resulted from these collaborations, with me as first, senior or main author.

Borak, JB, Bidulescu, A. "Some thoughts on mulitple comparisons and their correction" The Occupational and Environmental Medicine Report 14 (9): 27-32, 2000 (Invited Paper; Cited by 2)