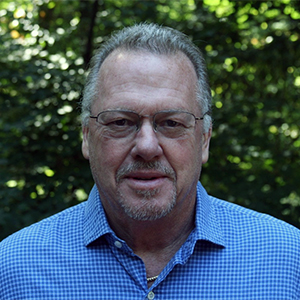 *Now the Department of Anatomy, Cell Biology and Physiology, Indpls

Roche Diagnostic Corporation (IUSM): Accuracy of the SenseWearTM Armband as an Energy Expenditure Assessment Device, I. $141,000, July 2003 through March 2004. Co-investigator.

Hypothesis driven research and education have formed the foundation of my professional career, which includes two decades as an academician at Indiana University (Bloomington, 3-years and IU School of Medicine, 17-years) and 14+ years as a scientist in the pharmaceutical industry. My graduate studies in Human Performance/Human Physiology at IUB Kinesiology prepared me for a career shift into the Department of Medicine at the IU School of Medicine in Indianapolis. While there, I completed a 3-year post-doctoral program in pulmonary physiology, continuing on for 14+ years, moving through the ranks in the Department of Medicine as a scientist and in the Department of Physiology and Biophysics as a professor.

My research initially focused on the untoward effects of hypoxemia and hypercapnia on salt and water metabolism in patients with chronic obstructive disease (COPD). I also conducted studies on the effects of oxygen therapy on energy metabolism, O2 uptake kinetics, inspiratory muscle fatigue and tissue wasting in COPD and other chronic diseases. A third area of inquiry involved documenting the presence of exercise induced bronchospasm in Olympic figure skaters, nationally ranked figure skaters, regular exercisers and high school athletes.

My career as a Medical Scientist in the pharmaceutical industry was focused on working with physician/scientists at leading academic medical centers to support and help design investigator-initiated research studies. I also worked to recruit investigative sites around the country for participation in clinical research trials designed to determine the safety and efficacy of a number of therapeutic agents in a number of disease states. These diseases included pulmonary arterial hypertension, migraine headache, prostate cancer, bladder cancer, male hypogonadism, acromegaly, precocious puberty, and idiopathic pulmonary fibrosis.