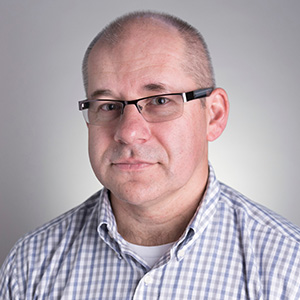 Dr. Harezlak is a Professor in the Department of Epidemiology and Biostatistics at the Indiana University School of Public Health in Bloomington. He studied mathematics at the University of Wroclaw, and received his B.Sc. in mathematics from Simon Fraser University, Burnaby, BC, Canada, M.Sc. in statistics from the University of British Columbia, Vancouver, BC, Canada and Ph.D. in biostatistics from the Harvard University, Cambridge, MA, USA. After a 2-year post-doctoral training at the Harvard School of Public Health, he joined Indiana University as an Assistant Professor. He has held short-term visiting appointments at the University of Wollongong and University of Science and Technology, Australia, University of Porto, Portugal and the Jagiellonian University, Cracow, Poland and has been a visiting professor at the Johns Hopkins School of Public Health during the academic year 2013-14. His interests span a number of medical areas including NeuroHIV, physical activity, Sexually Transmitted Infections, and concussions as well as statistical areas including semiparametric regression, functional data analysis and structured high-dimensional data. In his applied research, he uses data arising in structural and functional brain imaging, accelerometry and intensively collected longitudinal studies. He has published over 50 peer-reviewed articles in the statistical, medical and epidemiological journals as well as 3 invited chapters. He is finishing a book on "Semiparametric regression with R" jointly with D. Ruppert and M. Wand to be published by Springer in late 2016. Dr. Harezlak was a member of the Regional Advisory Committee of ENAR from 2010 to 2012. He served as the president of the IUFSPH faculty assembly from 2012 to 2013 and is at present a member of several departmental and school committees.