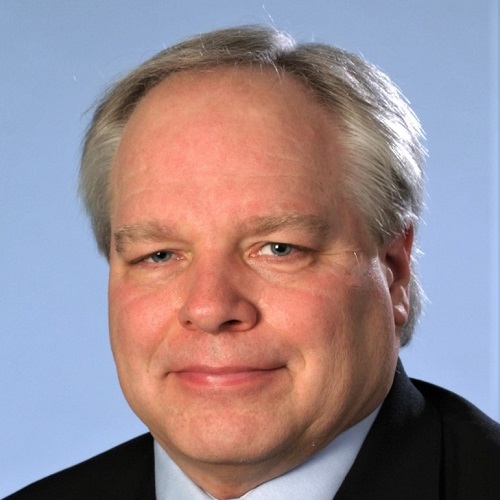 Dr. Klaunig is recognized as a highly effective teacher and mentor for graduate students. He initiated and developed the Ph.D. and Master's program in Toxicology at the Medical University of Toledo. Upon coming to Indiana University School of Medicine, he revitalized the Ph.D. and Masters program in Toxicology that was originally founded by Dr. Robert Forney and upon his arrival to the School of Public Health at IU Bloomington he developed and initiated the Ph.D. program in Environmental Health. Dr. Klaunig has taught graduate students, medical students, applied health students, public health students and undergraduate students throughout his career. Dr. Klaunig has mentored over 50 graduate and post-doctoral fellows, most of who have gone on to leadership positions in academic, government and industry. He was the first faculty member from the School of Public Health/HPER to offer a course at the IU Honors College (toxicology and Society). His teaching has been recognized by his awarding of the IU Trustee's Teaching Award in 2005. He has also been active in education outside of the university setting, as is evident by his election to and tenure on the Society of Toxicology Education Committee and his service as the chair of that committee during his final year of service.  Dr. Klaunig has served both his academic community, the state, national, and scientific societies. On the academic side, he was elected Secretary of the faculty during his time at the Medical University of Toledo, and was also Director of the Graduate Program in Toxicology in the Department of Pathology. Upon arriving at the Indiana University School of Medicine, he served as the graduate advisor for the toxicology program as well as his state position as Director of Toxicology and State Toxicologist. He has served on departmental, school and university promotion and tenure committees throughout his career. At the state level, Dr. Klaunig has been called upon by elected officials of the state, including the Governor, to serve on various panels where his expertise in toxicology was needed this included the Indiana Pesticide Review Board, the Control Substances Advisory Board, and the Governor's Council on Impaired and Dangerous Driving. He has also served on numerous US EPA scientific advisory panels and was a member of the scientific advisory board of the agency. He has served as a member of the NTP Board of Scientific Councilors for the NIEHS and has participated ad hoc and as a permanent member for multiple study sections for the NIH Grant Review Program. He is frequently called upon to serve on scientific review panels including those of the California EPA, the National Academy of Sciences, the FDA and the World Health Organization (IARC). Dr. Klaunig has also served and continues to serve as a manuscript reviewer for multiple peer-reviewed publications and is currently on several editorial boards of toxicological journals. He was one of the original associate editors of Toxicological Sciences and also served as Editor-in-Chief of Toxicologic Pathology. He has served in numerous elected and appointed positions for the Society of Toxicology, including serving as a member of council, Treasurer and currently is President of the Carcinogenesis Specialty Section. He is also a long-term board member and is currently President of the Toxicology Forum. Dr. Klaunig has served for over 15 years as both board member and scientific advisor and is the current Editor-in-Chief for the Health Environmental Scientific Institute of the International Life Sciences Institute (HESI ILSI).

His research, teaching and service work, both to the scientific community and societies, has been recognized through various honors bestowed upon him, including the Sagamore of the Wabash by the Governor of Indiana and the Annual Service Award for Impaired and Dangerous Driving by the Attorney General of Indiana. He has received awards from the university including, the Trustees Teaching Award, as well as, the Otis Bowen Leadership Award at the IU School of Medicine. He was also honored in 2006 to his high school Hall of Fame and has been recognized as the Midwest Toxicologist of the Year in 2004 through the recipient of the Ken Dubois Award of the Midwest Society of Toxicology.

Dr. Klaunig's research has focused on understanding the toxicological and pathological effects of chemical agents including pharmaceuticals. His work has concentrated primarily in the area of chemically induced carcinogenesis with particular interest in the mechanisms by which agents induce liver and lung cancer. A foundation of his mechanistic studies has been the application of these results to further understanding and producing scientifically based human risk assessment. His laboratory has been continually funding since 1984. Since joining Indiana University in 1991, he has been responsible for the acquisition of approximately $20 million in extramural funding. His funding sources have been from the Department of Defense, NIH, US EPA, the State of Indiana and corporate sources. The Klaunig Lab Laboratory (klauniglab.com) has produced 240 peer-reviewed publications, as well as, numerous meeting abstracts and over 15 book chapters. His chapter on carcinogenesis in the standard graduate textbook for toxicology (Casarett and Doull), is read by the majority of graduate and post-doctoral students in the field of toxicology. His publications are highly referenced and cited as is evident by his recent designation as a highly cited author in pharmacology and toxicology by the Thomson Reuters. This honor ranks him in the top 133 authors that published in the field of pharmacology and toxicology during the 2002-2012 timespan. His research involves the application of systems biology, pathology and toxicology and is highly hypothesis driven. he has a h-index of 53