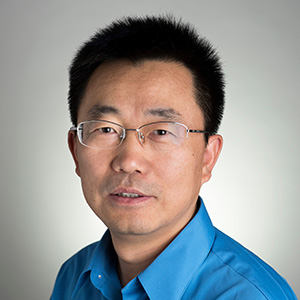 As an applied statistician, my general research interests include the development and use of statistical and computational methods to understand the complexity of biological systems, especially for human health and disease. I engage in interdisciplinary research through my methodological and collaborative studies. My methodological research mainly focuses on the development of novel statistical methods to address scientific questions in biomedicine and public health. I have developed statistical methods and implemented software packages for use in haplotype analysis, population structure inference and admixture mapping, bioinformatics, and genetic association analysis for data gathered from candidate gene, genome-wide association, and next-generation sequencing studies. My collaborative research is focused on the application of innovative and powerful analysis methods for studies in other fields such as genetics, molecular biology, public health, dentistry, and medicine, to decipher biological architecture and unveil disease mechanisms, and provide guidelines for use in clinical practice. My current research focuses on big data, including statistical genetics/genomics and bioinformatics, omics and imaging data, and personalized medicine. My research has been supported by several National Institutes of Health (NIH) and National Science Foundation (NSF) grants, on which I serve as the Principal Investigator (PI) or sub-contract PI.