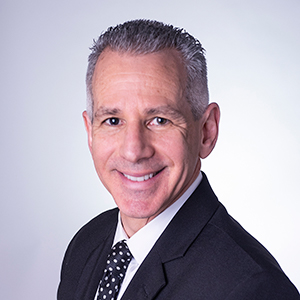 He has authored more than 600 scientific publications and received many awards, including the 2002 Lilly Scientific Achievement Award from The Obesity Society (TOS); the 2002 Andre Mayer Award from the International Association for the Study of Obesity (IASO); the National Science Foundation–administered 2006 Presidential Award for Excellence in Science, Mathematics, and Engineering Mentoring (PAESMEM); and the 2018 Harry V. Roberts Statistical Advocate of the Year Award from the American Statistical Association. In 2009, he was awarded the Centrum Award from the American Society of Nutrition (ASN) and the TOPS research achievement award from the Obesity Society. In 2013, he was awarded the Alabama Academy of Science's Wright A. Gardner award and the American Society of Nutrition's (ASN) Dannon Institute Mentorship award. He was elected as a Fellow of the American Statistical Association (ASA) in 2007, the American Psychological Association (APA) in 2008, the American Association for the Advancement of Science (AAAS) in 2009, the NY Academy of Medicine in 2014, the Gerontological Society of America in 2014, the Academy of Behavioral Medicine Research in 2017, and inducted into the Johns Hopkins Society of Scholars in 2013. In 2012, he received an NIH Director's Transformative Research Award entitled "Energetics, Disparities, & Lifespan: A unified hypothesis." In 2020, he was awarded the American Statistical Association's San Antonio Chapter 2020 Don Owen Award in recognition of excellence in research, statistical consultation, and service to the statistical community. In 2021, he received the Obesity Society's Friends of Albert (Mickey) Stunkard Lifetime Achievement Award.

In 2012 he was elected to the National Academy of Medicine of the National Academies. In addition to co-chairing their Strategic Council for Research Excellence, Integrity, and Trust (with Marcia McNutt and France Córdova), he was selected for their ad hoc committee to develop methods for assessing misinformation about biological threats. He has also served on the Scientific Advisory Board for the Nutrition Science Initiative (NuSI) and served on the board-appointed Committee on Science and Technology Engagement with the Public (CoSTEP) for the American Association for the Advancement of Science (AAAS), 2014–2020.

He has contributed to many editorial boards and is currently an associate editor or statistical editor for Obesity; International Journal of Obesity; Nutrition Today; Obesity Reviews; Public Library of Science (PLOS) Genetics; Surgery for Obesity and Related Diseases (SOARD), and American Journal of Clinical Nutrition. Dr. Allison is also proud to be the founding Field Chief Editor of Frontiers in Genetics.

His research interests include obesity and nutrition, quantitative genetics, clinical trials, statistical and research methodology, and research rigor and integrity.